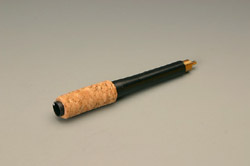 Robert, a resident of Mantua, Ohio, has been carving since 1990.  He is mostly self taught, but has taken several courses offered by other well known carvers.  He specializes in relief carving, mostly in wood 2” thick or less.  Robert’s fascination for woodcarving started at a very young age, however after being influenced by his family’s participation in the woodcarving world, he started carving as a hobby.  After carving for approximately fifteen years, Robert now specializes in scenic relief carving relying on shadow, light, and perspective to give his carvings a life-like feel.

Robert began showing his work in 1992.  Robert has numerous awards, exhibits widely in the northeast and midwest and has taught workshops since 1994.  Robert has won best of show at the Georgia National Fair, Sunrise Side Woodcarving Show (Oscoda, MI), Wonders in Wood (Dover, Ohio), Art in Wood (Cleveland, Ohio), Mohawk Valley Art and Woodcarving Show (Albany, NY), and the Catatonk Valley Woodcarving Show (Candor, NY.)  Robert has taken on a variety of commission work, but also does much freelance work.  Many of his carvings are contained in private collections.

Robert is available to teach woodcarving seminars and offer woodcarving tools and wood blanks for relief carvings.  Many of his carvings are available for sale.

Robert is a member of several local and national carving associations, but he is most active with the Tree City Carvers (Kent, Ohio) by assisting other carvers at their meetings.  Robert feels that clubs are a great place to exchange ideas for both new members and seasoned veterans alike.  “I do not like to confine myself, as there are endless possibilities.  With woodcarving, you see things that you never thought could be done.”  Born and raised in Northeastern Ohio, Robert currently resides at 2951 Frost Road in Mantua, Ohio and has spent most of his life as a quality engineer.